Tell me that you love me

Parlami d’amore Mariù is one of the most popular Italian songs of all time. It was glibly performed throughout the entire 20th century and still very much appreciated and known even today by those who are apparently a thousand miles away from the context in which It originated. It was part of the soundtrack of the film What Scoundrels Men Are…, directed in 1932 by Mario Camerini, starring Vittorio De Sica and Lya Franca and presented at the first edition of the Venice Film Festival. The music was composed by Cesare Andrea Bixio (and dedicated to his wife Mary, known as Mariù) and the lyrics by Ennio Neri. Despite beginning humbly with not much space in the film, it was able to gradually win over the public, to the point of surpassing the film itself and embarking on a road to success for all the years to come, also thanks to the elegant performance by De Sica, perfect in his role.

The film’s producers were actually aiming to name the film after another song called Taxi, but the director Camerini, assisted by Bixio, pushed to give Parlami d’amore Mariù more space, and the facts proved them right. The song was a hit almost immediately and already the following year, in 1933, there was a French version entitled Le chaland qui passe. It was interpreted by Lys Gauty and Tino Rossi, who also launched it internationally in Italian. This was followed by the covers by Crivel, Beniamino Gigli, Ferruccio Tagliavini, Mario Lanza, Natalino Otto, Luciano Tajoli, Achille Togliani, Narciso Paris, Mario Del Monaco, Fred Buscaglione, Luciano Virgili and Johnny Dorelli, among the many who wanted to perform it. In 1958, the American Vic Damone recorded it under the title Tell Me That You Love Me. It was immediately performed again, in English, by Luigi Tenco under the stage name of Gordon Cliff and in the years to follow became part of the recording repertoire of Mal, Christian De Sica, Jovanotti and La Crus. In 1987, Giorgio Gaber included it in one of his Teatro Canzone recitals and for the occasion, even made it the title of the show. Parlami d'amore Mariù was also the title of the record, also released in 1987, which was the live recording of that show. 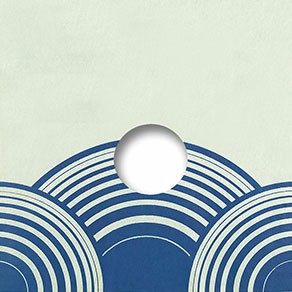