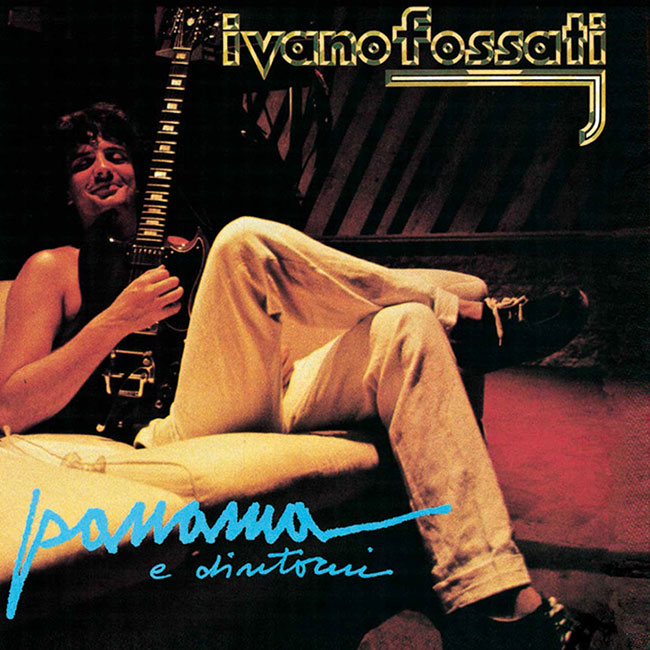 For Panama, the record company set me free. I don’t remember why, but I didn’t want to go to New York to record. So I decided to call four American musicians and to work in a new studio, outside RCA, which already had three or four of them inside, some of the most modern and functional of the day. When they let you do outside things, it’s because they trust you, and it was the right time. That recording studio had been opened by Bobby Solo who had pared down his singing career. We’re talking about 1981. A nice place, avant-garde at the time, it was called Chantalain. I brought these American musicians in and not without some hurdles we recorded Panama, produced by Al Garrison, who had just landed in Italy from the New York RCA. The Americans, except for the drummer Leo Adamian, were not the ideal group. They weren’t as cheerful and collaborative as the Miami band of the previous year. The record had a different kind of success from the previous one. As I’d hoped, there was a kind of settling, I wanted a more adult audience. Panama was not a single for kids, even though on tour, it didn’t do so well.

Literarily, Panama is elsewhere, the Heart of Darkness by Joseph Conrad, at least what can be found of Conrad in three minutes of song. Of his works, I read Heart of Darkness and I still like it. Lately I’ve been reading Somerset Maugham’s stories set in India, the classic stories about the outposts of English colonization, and I see that type of literature still fascinates me. But at the time it touched me more. Let me explain: at the end of the novel Kurtz must die, because we cannot apply our sense of justice to a dream. So his death can only be the predetermined one, the dream must remain that one imagined by the author. For our benefit and under his responsibility.