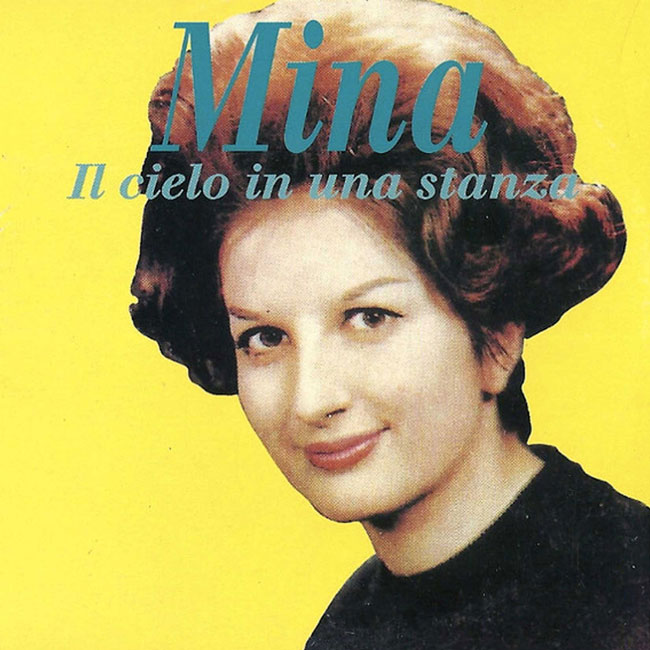 Mina, the voice of the modern italian woman

The way Mina tackles this song [Il cielo in una stanza], this flow of melody and lyrics without the traditional anchor points, is truly extraordinary. All in all, she has a good experience behind her, having interpreted songs that were almost exemplary for their adherence to canonical formal schemes (Tintarella di luna is a chorus-bridge song with an introductory verse), filling them with her cheeky rockeuse quirks: sobs, the fashionable closed "u", cheap effects, in short.

She reconstructs the emotional curve of Paoli's text with the talent of a great actress (in this sense truly comparable to Maria Callas), with a balanced diction, putting at the service of a surprising naturalness a vocal technique that has clearly matured in comparison to her earlier work. Modugno was different from Claudio Villa, but he had his own birignao or drawl; every singer-songwriter had their own tic, a slightly dull voice, a fashionable hiccup: the Mina of Il cielo in una stanza is the voice of the modern Italian woman, in the same way that, suddenly, fifteen years earlier, the Americans realized that Frank Sinatra's voice was what everyone wanted. Like Sinatra, Mina cuts off the sentences without being indulgent on the final vowels. She transforms the sobs into slight ripples, controls her emission by adhering to the text, knows how to obtain variations in intensity through pronunciation and not simply with volume. The accompaniment, as has been said, has an even more reduced presence; Mina, however, does not sing louder to compensate for that 'void': she rolls the r’s of "armonica" and "organo che vibra", transforming that repetition (which avoids all the artifices of song-writing rhetoric: the crescendo, the modulation a tone above) into a triumphant finale.