God, how i love you

Once again we meet the young teenager who in 1964 declared that she was not yet old enough for love. On the stage of Sanremo, two years later, the situation was completely different, one of a love so passionate that that it makes our eyes water, not from pain but for the happiness of being able to experience such a great love. On paper, pairing Gigliola Cinquetti with Domenico Modugno for the interpretation of Dio, come ti amo, could seem risky, because the virginal candor of a nineteen- year old was contrasted with the natural impetuosity of the thirty-eight-year old Modugno, who exalted the song’s emotional power with his singing. He didn’t entrust the declaration of wonder for such an intense love to a powerful refrain, but played on the light and dark of a seemingly modest melody. He was actually capable of completely capturing the attention of the audience already at the second listening and then going on to victory at the Festival.

For Modugno it was the fourth win in nine years. For Cinquetti, it was the second in three years and Dio, come ti amo was definitively consecrated as one of the greats of Italian song. Modugno recorded it in German (Ich Liebe Dich Immer Mehr) and in English (Oh How Much I Love You, also recorded up by Shirley Bassey), Gigliola Cinquetti in French (Mon Dieu comme je t’aime), and there were numerous versions for the Hispanic and Latin American markets, including those by Violeta Rivas and Mirla Castellanos (Dios! Como te amo). There was also the transposition into Portuguese (Meus Deus como te amo) by the Brazilian singer Giane. Recently (2009) Paola Turci re-proposed Dio, come ti amo, followed in 2016 by Loredana Error, confirming the song’s capacity to involve artists far from the time and style of the two original performers. This is also true of the most unique and unpredictable cover: the one created in 2017 in a duet by Vega (a Spanish singer very popular in her country) and Elvis Costello, moreover sung in Italian and with only an electric guitar for accompaniment. As the French would say, chapeau! 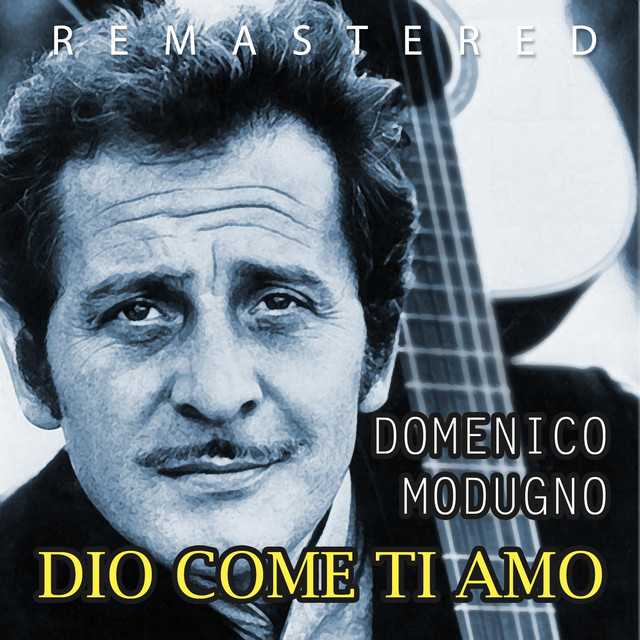